St. Elizabeth Ann Seton was the first natural-born American to ever be canonized a saint. Her passion for living God’s will is reflected strongly in the work she did throughout her life. Even in the face of tragedy, she focused only on being a servant of Christ. Her dedication was seen by everyone around her.

Born as Elizabeth Ann Bayley in New York City, she arrived into a wealthy Episcopal family. She lost her mother at the age of only three, which was an event that would affect her for the rest of her life. In her youth, she was an avid reader, and the Bible happened to be one of her favorite books. Her childhood was quiet and simple.

In 1794, at the age of 19, Elizabeth married William Seton, a man who she loved dearly. They had five kids together and had a few years of bliss before struggles began. William’s business began to fail, along with his health, as he suffered from tuberculosis. After filing for bankruptcy, the young family made a decision to move to Italy in hopes that it would bring newfound health to William.

Unfortunately, it was already too late. When they first arrived in Italy, they were forced into quarantine for some time. William died only a few short days after the quarantine was lifted. It was hard for Elizabeth and her five children but she found peace knowing that during his final months, William found God. In fact, these events are what led her to the Catholic Church. She was drawn to the Virgin Mary, as she grew up without her own mother. She felt as though Mary was truly her mother and was comforted by this. She embraced God’s will (or “The Will” as she referred to it) for her life and did not get lost in the tragedy she had experienced.

After converting to Catholicism in Italy, Elizabeth and her children were called to Baltimore, Maryland. There, she opened a school. It was secular at first, but later, Seton was invited by the archbishop to establish it as a Catholic girls school.

She also went on to assist in forming a sisterhood with two women who helped her with the school. Seton continued to care for her five children through this process, which was not an easy “feet”! She took her vows on March 25, 1809. From this point on in her life, she was called Mother Seton.

Tuberculosis continued to afflict her family, as she was the next to suffer from it. However, she persisted and continued to care for her children as well as participate in the sisterhood she helped form. In 1812, they officially became an order called the Sisters of Charity. They emulated the practices of St. Vincent DePaul and the Daughters of Charity in France. They also built a second school and opened two new orphanages in Mother Seton’s lifetime.

She spent the last three years of her life ready and at peace for God to call her home. She died in 1821 at the age of 46. She only practiced her Catholic faith for 16 years of her life, and yet she had such a strong and passionate devotion.

Seton was canonized a saint in 1975 and is the patron saint of Catholic schools, in-law problems, widows, and the death of parents. Mother Seton held a strong devotion to the Virgin Mary and wanted nothing more than to live her life according to God’s will. Her “feets” day is January 4 and an excellent way to celebrate would be to wear a pair of Sock Religious St. Elizabeth Seton Socks, which come in both adult and kids sizes. We also have socks, stickers, and shirts that feature Mary, to whom St. Elizabeth had such a strong devotion!

St. Elizabeth Ann Seton felt close to God her whole life. She saw her life tragedy as the Will of God, and devoted herself to Him. Her strength and discipline guided her down a path of helping others and bringing Catholicism into schools. It can truly be said that she lived her life to do God’s will.

“Oh Father, the first rule of our dear Savior’s life was to do Your Will. Let His Will of the present moment be the first rule of our daily life and work, with no other desire but for its most full and complete accomplishment. Help us to follow it faithfully, so that doing what You wish, we will be pleasing to You. Amen.”
-Elizabeth Ann Seton

Act Now to secure the best rates on Catholic education’s 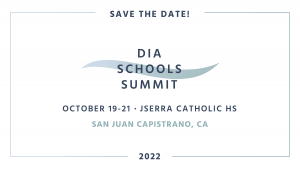